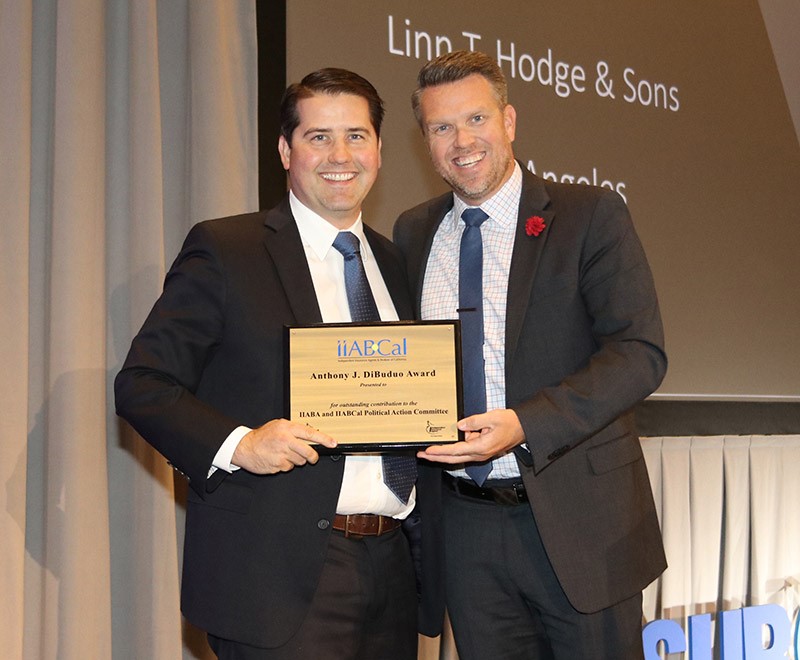 The IIBA CAL board adopted this award to be presented annually to the most outstanding young broker or agent in an IIABCal state based on his / her record of exemplary service to community or association and participation in IIABCal or IIABA political action programs.

A DiBuduo Award recipient must be a licensed producer in an IIABCal state for two or more years and under forty years of age at the time the award is presented. He or she must have demonstrated the drive to increase professional expertise.

The award is given in memory of Anthony J. “Cheech” DiBuduo, founder of DiBuduo & DeFendis Insurance Group headquartered in Fresno, and a longtime business, industry, and association leader at local, state, and national levels. Throughout his distinguished career, DiBuduo was a champion and mentor of young agents and brokers. He also set a standard of unparalleled commitment to the political action programs of both IIABCal and IIABA.